You are here: Home > Explore > Gunnislake 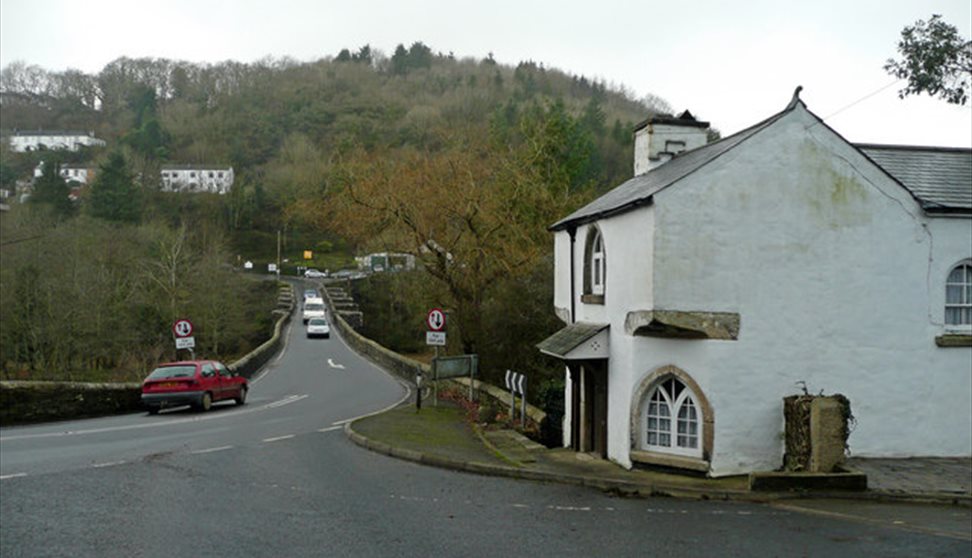 Gunnislake village is on a steep side of the Tamar Valley and developed with the mining activity in the middle of the nineteenth century, when the area became the richest copper mining centre in Europe. Mining in the Tamar Valley was centred on the Devon Great Consolidated Mine, which employed many of the men from Gunnislake and the surrounding area, and was the largest copper mine in the world. There is still a lot of contemporary archaeological evidence from this period to be explored - some of it hidden, and some of it restored and readily accessible.

Drakewalls mine is just one example of many within walking distance. The seven arched bridge built at Gunnislake in the early 16th century, ironically still known as New Bridge, was the main crossing point over the River Tamar right up to modern times, until the construction of the Tamar road bridge at Saltash in 1962.

As with many places in Cornwall, mining took place here for tin, wolfram and arsenic as well as copper. The narrow streets of miners cottages still exist today, as do the numerous ruins of mines and mine chimneys