You are here: Events > SailGP 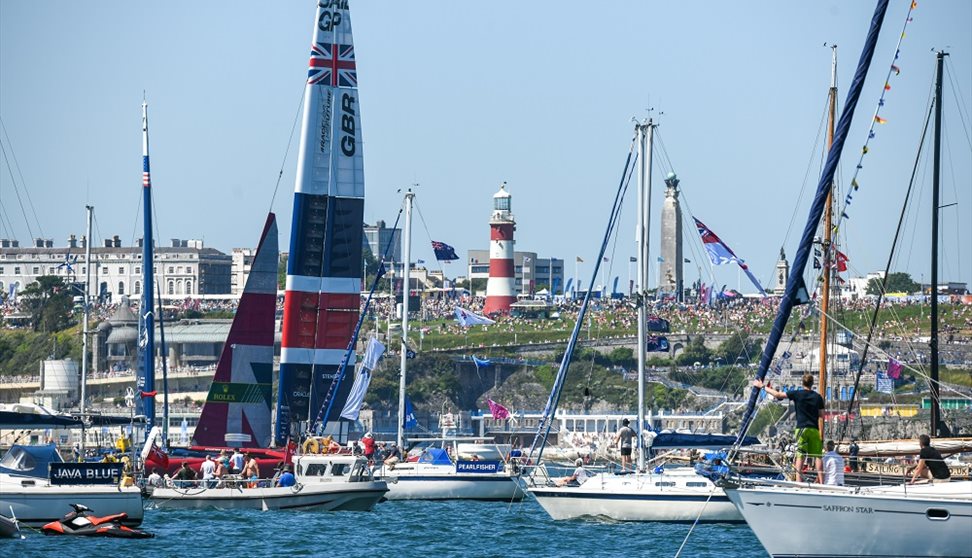 Adrenaline will be pumping throughout Plymouth Sound as the world’s most exciting racing on-water returns to the city in 2022.

SailGP will host its Great Britain Sail Grand Prix in Plymouth for the second year running, following a bumper event in 2021.

SailGP has been measuring, reducing and contributing its entire carbon footprint since 2019. It has now set an ambitious target of 55 per cent reduction of its carbon footprint – based on science – by 2025, as well as committing to being fully powered by nature by 2025 on shore and on the water.

More information about the event in Plymouth will be added here soon – check back for details!