You are here: Home > Explore > Callington 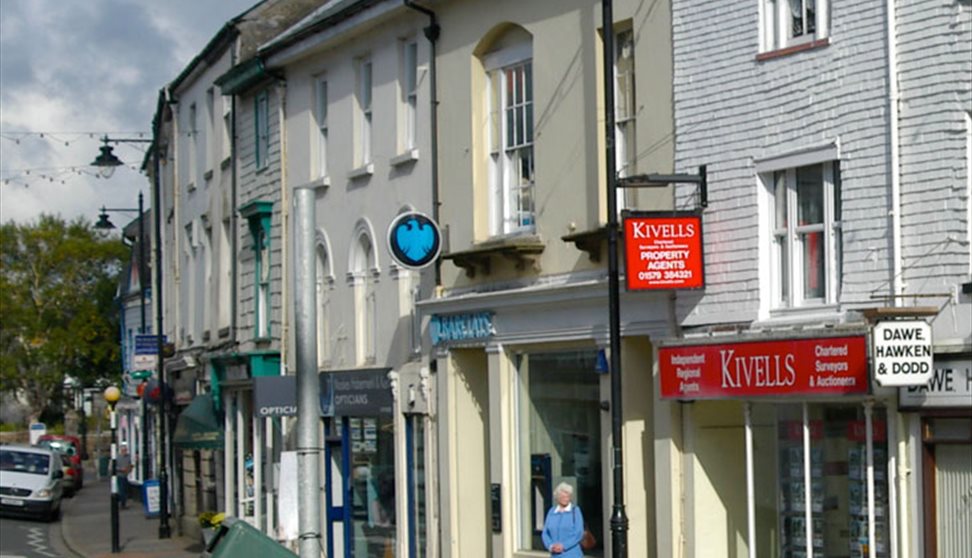 Callington (Cornish Name Kelliwik) is a small market town nestling on the south western slopes of the granite outcrop of Kit Hill, some five miles west of the Cornish Border.

Callington has a long history stretching back many hundreds of years. It was once suggested as one of the possible locations of the ancient site of Celliwig, associated with King Arthur. There are a number of nearby ancient monuments such as Castlewitch Henge, Cadsonbury Iron Age hillfort, as well as Dupath Well built in 1510 on the site of an ancient sacred spring.

In the 18th century, Callington was one of the most important mining areas in Great Britain. Deposits of silver were found nearby in Silver Valley. Today, the area is marked by mining remains, but there are currently no active mines. However, granite is still quarried on Hingston Down.

Today the town has a population of just over 6,000 and is the regional centre for a number of smaller villages and settlements. The character of the medieval town can still be felt in the alleyways which spread off from the shop– and house-lined main streets, revealing long, thin plots, stone outbuildings, yards and stables. There are still plenty of areas where the high density character that typified Callington in the medieval period can still be felt. The narrow streets and the enclosed spaces in the town centre are key features of the settlement.

It is internationally famous for its mural trail, and a wide variety of leaflets are available to guide the visitor around the local lanes and paths to local sites of interest. It is also the home of Ginster's pasties...