You are here: Home > Explore > Modbury 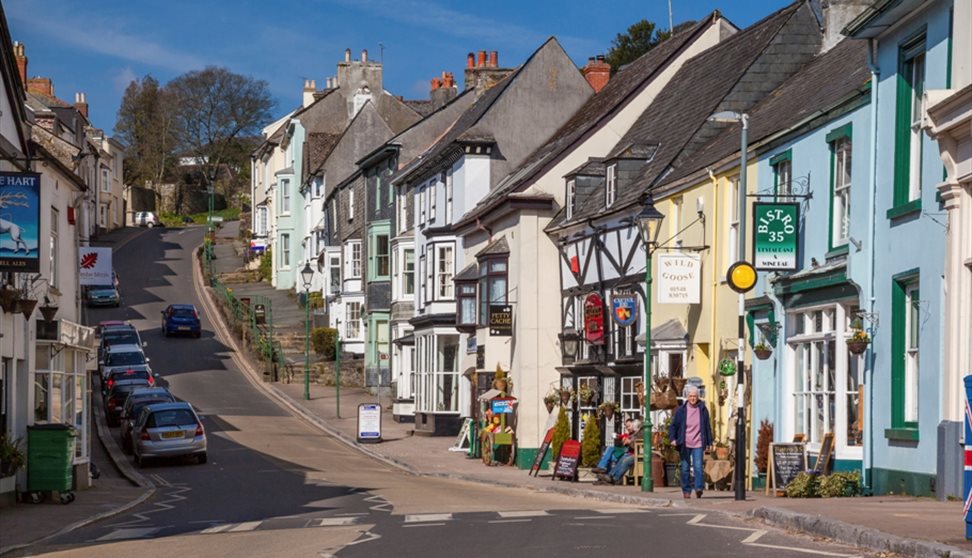 A small but perfectly formed Devonshire market town, Modbury is tucked behind some strapping hills that shelter it from the prevailing southwesterlies. Its heyday as a market town with an active wool trade has long passed, and the Benedictine Priory established here in the middle of the 12th Century has also gone, although the early 14th Century church remains.

Modbury saw plenty of civil war action (two battles locally - both won by parliamentary forces) and like many Devon towns, it had a barracks built in response to the Napoleonic threat, bits of which are still visible. It was also an important junction for travellers to east and west, but was bypassed by the new London road (A38) and the London to Plymouth railway, both constructed in the middle of the 19th Century, a misfortune which somewhat pulled the plug on its economic momentum and tipped it into genteel decline. Even so, the wealth generated by its earlier success has left us an abundance of attractive Georgian and early Victorian buildings, especially in the Church Street / Broad Street area, and a sense of calm and tradition which guarantees its popularity as a place to live.

Modbury today enjoys a choice of quality restaurants, shops, galleries and pubs, and hosts an increasing number of tourists, some for fishing and birdwatching, but more generally as a perfect centre for general exploration of the coast and the moor. An annual May Fair involving the whole community is a reminder of Modbury's ancient lineage. It has also declared itself Europe's first "plastic bag free town" as a contribution to environmental support.

More details are available from Modbury's tourist information centre or by visiting www.modburytic.org.uk.