You are here: Home > Things to Do > Plymouth Sound and Oceanic Waters Beyond

Plymouth Sound and Oceanic Waters Beyond 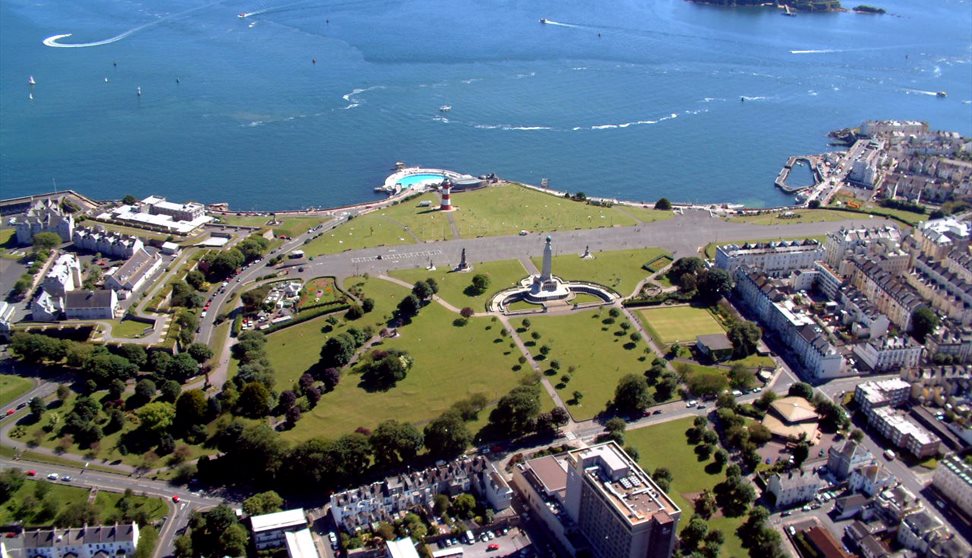 Once on The Hoe you have the opportunity to enjoy its stunning panoramic vistas over the waters of Plymouth Sound. Just visible, beyond, may be seen (in clear weather) the fine needle of the Eddystone Lighthouse (9 miles distant) and the far horizon of the Atlantic Ocean's Western Approaches to Britain and Europe. These maritime features form part of the direct physical and cultural connections, by sea, between Plymouth and the United States of America and are hence the provenance for much of the city's great weight of American heritage.

Plymouth Sound is also ranked as one of the largest natural harbours in the World. Its sheltered waters made all the safer, back in the days of sail, by the groundbreaking construction (during the years 1812 - 41) of the Plymouth Breakwater, a still visually prominent and much-valued integral aid to the Port's naval and commercial shipping today.

During the 1930's many of the greatest transatlantic ocean liners would have been seen regularly in the Sound, embarking or disembarking passengers and mail by a flotilla of tenders. These included the White Star Line's "Olympic" (Titanic's sister ship), Cunard's "Mauretania" (holder of the "Blue Riband" 1905 - 35) and "Queen Mary" (now moored at Long Beach, California), the "Ile de France", "Normandie", "George Washington", "Leviathan" and others. Earlier, during the First World War, the 33,000 men of the Canadian Expeditionary Force were disembarked here from a fleet of 32 liners upon their arrival in the Sound.

It was from here too, in April 1957, that the then newly-built "Mayflower II" replica sailing ship embarked upon her voyage across the Atlantic, retracing that of her iconic predecessor which carried the "Pilgrims" to the New World in the year 1620. "Mayflower II" can still be seen and visited in the USA today, berthed as a floating museum as Plymouth Massachusetts/