You are here: Home > Things to Do > Mount Batten Peninsula 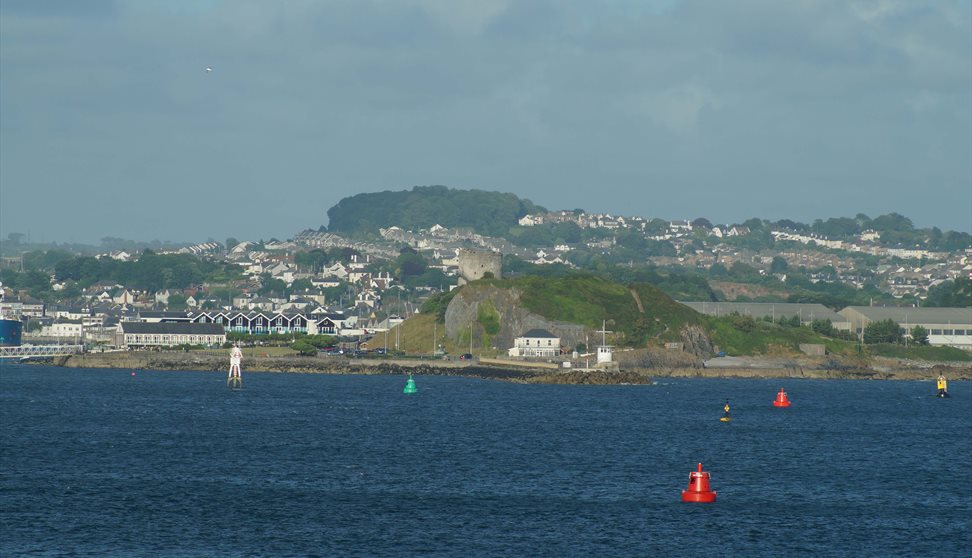 Looking across from The Barbican you will see the Mount Batten Peninsula projecting from the south-east into The Sound. For visitors wishing to cross to Mount Batten, it is served by water taxi from Phoenix Wharf.

Mount Batten was the location of a flying boat station and Royal Air Force Base, during the years 1913 until 1986. it was there that the United States Curtis Flying Boat "NC 4" came ashore, following the first successful airborne crossing of the Atlantic Ocean. Three of these craft had left Rockaway, New York on 1st May 1919 on the Newfoundland leg, arriving after several stops on 12th May. They took off again on the 16th, but two dropped out leaving NC 4 to fly on alone to the Azores and Lisbon, reaching Mount Batten on 31st May.

Many classes of flying boat were to use this base, the best known during World War II being the Shorts LTD. of Belfast long distance ocean reconnaissance "Sunderlands". Meanwhile, during the 1930's, T.E.Lawrence ("Lawrence of Arabia") served there as an ordinary aricraftsman under the alias of "Shaw", at a time when he had shunned his earlier public fame as Lawrence.

The Fortification Tower was built circa 1640 whilst, out of view to the left, is what remains of the former Elizabethan Radford Park and Country Estate. It was at Radford House (demolished in 1937) that Sir Francis Drake and his fellow Captains dined together to celebrate defeat of the Spanish Armada in 1588. The House also provided part of another setting in Daphne duMaurier's period novel "The King's General".

Huddled to the east, along the Cattewater waterfront, is the hamlet of Oreston. There, in the 18th century, a Scot by the name of Alexander Selkirk lived for a while with his wife Frances Candis (the Innkeeper at Oreston), prior to his eventual death at sea on board "HMS Weymouth" in 1721. Selkirk had earlier gained notoriety as a castaway who had survived for over 4 years (1704 - 9) along on the Juan Fernandez Islands, off the South American coast near Chile, before being rescued. In 1711 Selkirk related his reminiscences to the writer Daniel Defoe (allegedly at what is still today the historic "Llandogger Trow" Inn in the City of Bristol), upon which Defoe based his famous story of "Robinson Crusoe". A commemorative plaque is duly mounted upon "Minnards House" In Marine Road, Oreston.