The Ballad Of Mulan 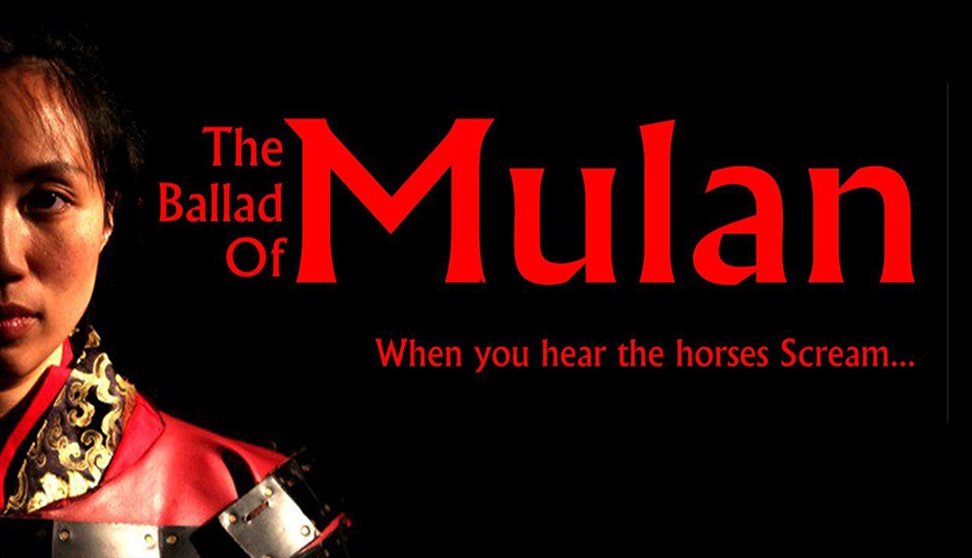 Looking around at other events going on in the city, we estimate that 1 ticket to similar events would cost £10.
There is no 'right' answer, we are not attempting to lead you to a specific figure.

You can pay £0 for your ticket.

For ten years Mulan disguised as a man, has fought for the Chinese Empire. Now the fighting is coming to an end, one last battle and she will be going home - but can she return to her old life, become a woman again. A search for identity in a violent world.

We bring you the real Chinese heroine that inspired Disney's animation and live-feature Mulan.

"A powerful exploration of gender, war, and identity, as relevant and timely today as ever. Expect a little humour, a lot of heart and a refreshing focus on the darker aspects of a familiar tale" ★★★★ Tulpa Magaine, Adelaide Fringe

Commissioned by and performed by West Yorkshire-born British-Chinese actress Michelle Yim, developed with the support and funding from Arts Council England.
Produced by the team behind Edfringe Sell-Out 'The Unknown Soldier' Grist to the Mill, in collaboration with British East Asian theatre company Red Dragonfly Productions,
Presented by Red Dragonfly Productions and Grist to the Mill Productions
Written and Directed by Ross Ericson
Performed by Michelle Yim
Music by Pearl Yim
Costumes by Elizabeth Cooke
Armour and Weapon by Philip Dell